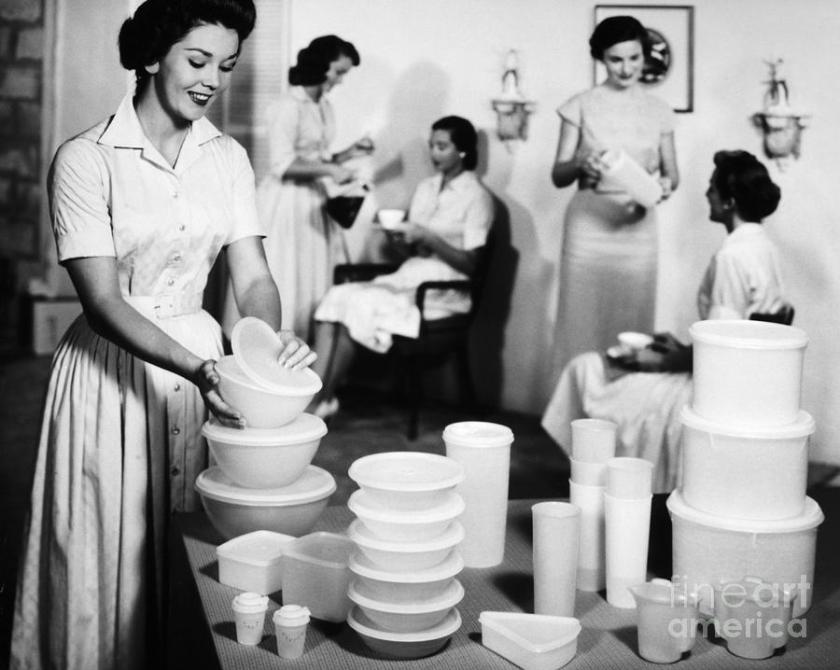 What consumers consider to be healthy and safe can come and go as fast as the latest night club. With TV shows such as The Dr Oz Show which have to fill an hour a day with new information about health, consumers are deluged with information about the latest studies. The results of those studies are often misinterpreted by the crack research teams who write the content of these TV shows. Unfortunately, this makes public perceptions about what is healthy as much of a trend as Ed Hardy T-shirts.

For instance PVC and Polycarbonate are out of style right now. Although both are considered sage by the FDA concerns about BPA in polycarbonate and plasticizers in PVC have made public perception of these two materials very negative.

When choosing plastic materials for food contact applications, the perception (not just the evidence) has to be taken into account.

There is a certain group of consumers that will try to avoid the use of plastic at all costs. There are websites devoted to reducing the use of plastics and convincing the public that all plastic is unsafe and toxic. Take a look at this site if you want to see what I’m talking about. http://www.lifewithoutplastic.com/store/information . If you are developing a product for this crowd, you might consider not using plastic at all.

Here is a rundown of commonly used plastic materials and the pros and cons of using them.

Pros: Polyproyplene is generally considered safe to use in food and water contact applications. It has a long history of being used for food storage containers like Tupperware. It is dishwasher safe on the top shelf. It is extremely chemical resistant.

Cons: Also like polypropylene, it is difficult to machine, glue or weld polyethylene.

Pros: TPV is generally considered safe for food contact applications. It is very soft and flexible and can be colored easily. It is great for soft touch applications. TPV has been used to replace PVC in children’s toys because over concerns about the safety of PVC. TPV material is based on polypropylene and so everything that applies to polypropylene applies here.

Cons: TPV is expensive and is difficult to glue but can be over-molded onto polypropylene.

Public Perception: Good although people might confuse it with PVC.

Pros: People that have had experience molding acetal might be surprised, but it is generally considered to be food safe. It is also dishwasher safe. This material is very strong and heat resistant.

Cons: Acetal is difficult to glue or weld.  Acetal will off gas after molding and can give off a slight odor. Some of the off-gas might contain formaldehyde which is a carcinogen. It should not be in amounts higher than the FDA considers safe but this could be a concern.

Pros: ABS is generally considered safe for use in food and water contact applications. It is dishwasher safe. It has great properties and excellent appearance. It can also be glued and machined and welded and easily takes decorations and paint.

Cons: ABS has generally poor chemical resistance. There is a perception that ABS can leach styrene monomer into food or water. Styrene monomer is styrene that is not polymerized into styrene polymer and is a known carcinogen. The amounts of styrene monomer that are present in ABS are well below the amounts that the FDA considers safe but this where consumer perception comes in. There is some risk in using ABS.

Pros: Nylon is generally considered to be safe for food applications. It is very strong and can be machined and painted and glued pretty easily. It is very heat resistant and dishwasher safe. It is an excellent choice for cooking utensils.

Cons: The only negative with nylon is the price. It can be expensive.

Cons: The big negative with polycarbonate is BPA. The FDA still considers polycarbonate safe but the perception among the public is that anything containing BPA is toxic. I would not recommend using polycarbonate for any food or water contact applications.

Pros: PVC is soft and flexible and is very chemical resistant.

Pros: PET is generally considered safe for food and water contact applications. It has been used for water and pop (soda if you will) bottles for a number of years. PET is typically used for blow molding applications like bottles.

Cons: Because of PET water bottle pollution, there has been a bit of a campaign to eliminate PET and convince consumers that PET is unsafe. There is some evidence that PET can leach antimony trioxide into food or water. The amounts that can be leached are considered safe by the FDA but the public perception might be a problem. Also, the chemical name, polyethylene terephthalate contains the word phthalate and this could concern consumers even though PET does not contain phthalate. I would recommend being very careful about using PET but it is currently the best choice for clear bottles.

Pros: Acrylic is generally considered safe for food contact. It has even higher clarity than polycarbonate.

Cons: Acrylic is very brittle and is not dishwasher safe. It has poor heat resistance.  Also there are some studies that have suggested that it can leach chemicals that are toxic to cells. The FDA considers it safe but the perception is that it could be a problem.

Cons: The biggest con here is styrene monomer as mentioned above in the ABS section. Small amounts of styrene monomer can remain in the material and could potentially leach out. Styrene monomer is generally considered to be a carcinogen. I would not recommend using polystyrene except for single use type foamed styrene applications and even then I might suggest cardboard instead. The public perception of foamed styrene containers is not good.

As the result of concerns about BPA in polycarbonate, manufacturers have introduced new copolyester materials to replace it. The most notable one is Eastman’s Tritan® material. Most consumers probably are not aware of this material yet, but some studies have already suggested that there could be some problems with this material. I would exercise caution is using it.

In general, I would recommend using polypropylene and polyethylene for food and water applications whenever possible. The perception amongst all but the most anti-plastic consumers is pretty decent and there have been very few studies that have indicated any problems with these materials. The public perception may be helped by the fact that neither polypropylene nor polyethylene tends to give off any offensive odors, even when burnt. They also have the advantage of being the easiest to recycle as they are lighter than water, unlike other plastics, which make them easy to separate in recycling streams.

Current views regarding what is healthy and unhealthy are based on some science, some pseudoscience, and some fear of technology and an overall view that natural is best. Most commercial plastics are not natural and as such, there is a point of view that will always be skeptical of plastics use in any food and water contact applications. There is some risk in using any plastic material for food contact but its versatility and low cost still make plastic the best choice for many applications. Picking the right plastics can help assure the consumer that your product is safe.